Good Resolutions: Use These Tricks To Keep Them! 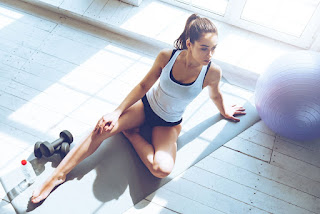 Everyone knows: We make the best of resolutions, only to break them meekly shortly afterwards. How we can work on our self-discipline and put our right decisions into practice more efficiently.

Regular exercise doesn't seem to be my thing. This isn't the first time I've set out to get fit and streamlined only to fail miserably in no time. The resolution was to start practising yoga every day. Then I had the idea to spend my lunch breaks in the swimming pool. At short notice, after dinner, I cycled through the city park for an hour. My bike is rusting in the backyard now.

My resolutions burst like soap bubbles, and not just when doing sports. I instantly remember the folk high school course "Intensive Spanish", which I had to abandon after lesson four because there was always something that kept me from learning vocabulary. Not to mention the theatre subscription, which remained an empty seat on the front left for a whole season because it was raining terribly this autumn. Or the evergreen resolution to eat healthier from now on, which usually ends up in the bin the same evening. Together with the box of frozen pizza, which I guilty and lethargic shoving into the tube.
If I'd only kept half of my New Year's resolutions, I'd probably be a toxin-free, Spanish-rattling snake woman today.

Where is the willpower?With good intentions, that's just one thing: Why do we keep getting weak? Obviously, because we are always taking on too much. For example, in sports: We want to see results in no time. In four weeks at the latest, the thighs should be taut, and the condition must be gigantic. Otherwise, it's not worth the effort. We also tend to chastise ourselves for years of laziness in a kind of self-punishment: From now on, we run for an hour a day. Including weekend. Basta. Sounds good and never works.The time has to be right.And then there is the question of when. As is well known, people like to make good resolutions for the New Year. In the winter months, when it rains, snows and is always dark outside, you neither feel like jogging early in the morning nor take the bus and train to the theatre once a week. And does it make sense to replace the evening glass of red wine with herbal tea, of all places, when the office is particularly stressful? Do you have to put the Spanish book under your pillow when your own children take the term "defiant phase" into a new dimension? Introducing good resolutions in a disciplined and consistent manner does not promise much success. But because stress and periods of defiance and lousy weather are practically the permanent conditions in the life of an average person, good resolutions hardly stand a chance.Compromise is better

So what can be done to save good resolutions and their implementation over the first few weeks, so that they get the slightest chance to develop into indispensable rituals? No matter how many pieces of advice you can read: A compromise is usually the best solution: Instead of running every day, you can perhaps go jogging for twenty minutes twice a week - followed by a luxury bathroom. Instead of the four-hour intensive Spanish course, the less demanding beginner course might do the trick, after which there is still time for a Rioja in a tapas bar, which keeps our lazy party part happy. With such compromises, willful failures like myself may soon experience the triumph of having held out an excellent resolution for the first time in life.Don't think twiceAnother way would be to overcome one's inner resistance. However, this is far less democratic, requires a minimum of self-discipline and simply says: do not overthink, but act. So don't even wait for the desire for a short endurance run to set in. Neither look at the weather nor at the appointment calendar, but set a time and start walking, according to the motto: I am the boss and decide what is done. Then the pleasure sets in. In any case, says the American psychiatrist Dr William Glasser, who wants to give depressed patients more drive with his model of actionism. The principle is quite suitable for everyday use: once you've got yourself up to go to the theatre or jog, cook healthy food or sit down at your desk, you usually notice after a short time: Hey, it's fun, why do I stand up actually always on? This feeling of happiness can be expanded, and ideally, the compulsory exercise will eventually become an inner need.Before we make the next resolution, however, we should still ask ourselves whether our good intentions really have anything to do with us. For example, whether fitness can and should really play a role in our lives. Or whether we simply admit to being a connoisseur who doesn't get into our sneakers. Maybe we're just not educated people who are always drawn to the theatre, and from now on we will save ourselves the stress of finding a good excuse to go to the movies or turn on the telly instead. Please, then that's the way it is.